It’s been a while since I picked up pen and paper to write. (Yes, I draft almost everything with pen and paper. I’m perhaps just the tiniest bit old-fashioned.) I am spurred to do so by a couple of concerned e-mails from my mother asking if I’m alive. (I may or may not have forgotten to e-mail my parents since arriving in South Africa. Sorry Mom!). Rest assured, I’m alive, well, and currently in Port Elizabeth.

For today, instead of writing what I’ve been up to, I have a story. (I will write about what I’ve been doing, soon enough.) This story is not, strictly speaking, mine to tell, but I claim it as belonging to the realm of Family Legend. Having heard the story as a child, I will not guarantee the accuracy of the details, but such is the nature of Legends. I present to you the Story of the Goat’s Head Soup.

After medical school, my parents traveled to Haiti to work, something to do with “founding a hospital” or something similarly heroic. At the time of our story, they were preparing to leave Haiti. They had completed their hospital-founding and were to return to the U.S. in a few days. Only one thing remained to be done: The townsfolk were planning an appreciation feast. As guests of honor, my parents would be expected to partake of, and stomach, anything placed in front of them. The centerpiece of this feast was to be a dish of night unspeakable strangitude to my childhood self: Goat’s Head Soup. 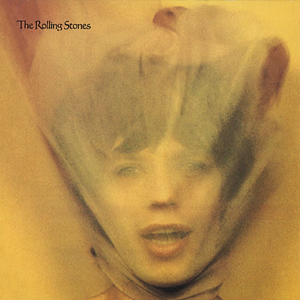 I had originally thought to include pictures with this post. One Google image search changed my mind and assured me that my childhood impressions of Strangeness were not, after all, too far off the mark. Instead, I learned that the Rolling Stones have an album named Goat Head Soup. Weird.

In early 1986 when our story takes place, Jean-Claude “Baby Doc” Duvalier, some of Francois “Papa Doc” Duvalier and the latter’s successor to the title President for Life, was on his way out. Protests in the latter half of 1985 had led Duvalier to use the military and police to crack down on economic and social freedoms. By early 1986, President Reagan was pressuring Duvalier to leave the country. (The dates are not especially important to the telling of the story. Even my parents had to go look up the dates of events, and they were there.)

The feast was planned sometime in early February. The day before the feast was to take place, Baby Doc fled the country, seeking asylum to France. That night, there was a knock at my parents’ house. My mom answered the door to find four machine-gun bearing camouflage-clad military meeting her gaze:

“You’re coming with us.”

As Mom tells it, and as I’ve been told since, “When someone with a gun tells you to do something, you listen.” Mom and Dad climbed into a vehicle, still escorted by the troops, and drove off. They were escorted to the runway and placed on the last flight out of the country before the military closed the borders.

Mom always closes the story with a slight sigh: “We never got to try the Goat’s Head Soup.” She sounded suspiciously relived.

I’ve thought of this story a lot recently, considering what I would imagine are pretty obvious parallels to my own story. Of course, I didn’t flee Zambia because of political upheaval or threat to personal safety. But then, I wasn’t planning on leaving anytime soon either. I find myself wondering what happened next. What were my parents thinking as they sat surrounded by a military escort, knowing they were in danger? Where did they go when they returned earlier than planned? How did they respond to the shock of the sudden transition from the rural poverty of Haiti to the affluence of the United Sates?

This whole adventure leaving Zambia has left me in a bit of shock. I’m the sort of person who either obsessively plans travel itineraries weeks or months in advance, or else leaves all the planning to someone else. Nothing in the middle will do. But I’m definitely in the middle right now, and it’s forcing me outside of my comfort zone. Not that moving outside one’s comfort zone is a bad thing. But it is tautologically uncomfortable. And I’m still coming to terms with it.

I have a lot of thoughts, none quite ready to share yet. But now that I’ve got my feet under me, at least for the most part, and have some idea of where I’m going, I’ll try to post a bit more regularly. So stay tuned.

One thought on “Goat Head Soup”